In 2006, the World Wide Web became a tool for bringing together the small contributions of millions of people and making them matter


* From the Editor: Now It’s Your Turn

Posted Wednesday, Dec. 13, 2006
The “Great Man” theory of history is usually attributed to the Scottish philosopher Thomas Carlyle, who wrote that “the history of the world is but the biography of great men.” He believed that it is the few, the powerful and the famous who shape our collective destiny as a species. That theory took a serious beating this year.

To be sure, there are individuals we could blame for the many painful and disturbing things that happened in 2006. The conflict in Iraq only got bloodier and more entrenched. A vicious skirmish erupted between Israel and Lebanon. A war dragged on in Sudan. A tin-pot dictator in North Korea got the Bomb, and the President of Iran wants to go nuclear too. Meanwhile nobody fixed global warming, and Sony didn’t make enough PlayStation3s.

But look at 2006 through a different lens and you’ll see another story, one that isn’t about conflict or great men. It’s a story about community and collaboration on a scale never seen before. It’s about the cosmic compendium of knowledge Wikipedia and the million-channel people’s network YouTube and the online metropolis MySpace. It’s about the many wresting power from the few and helping one another for nothing and how that will not only change the world, but also change the way the world changes.

The tool that makes this possible is the World Wide Web. Not the Web that Tim Berners-Lee hacked together (15 years ago, according to Wikipedia) as a way for scientists to share research. It’s not even the overhyped dotcom Web of the late 1990s. The new Web is a very different thing. It’s a tool for bringing together the small contributions of millions of people and making them matter. Silicon Valley consultants call it Web 2.0, as if it were a new version of some old software. But it’s really a revolution.

And we are so ready for it. We’re ready to balance our diet of predigested news with raw feeds from Baghdad and Boston and Beijing. You can learn more about how Americans live just by looking at the backgrounds of YouTube videos—those rumpled bedrooms and toy-strewn basement rec rooms—than you could from 1,000 hours of network television.

And we didn’t just watch, we also worked. Like crazy. We made Facebook profiles and Second Life avatars and reviewed books at Amazon and recorded podcasts. We blogged about our candidates losing and wrote songs about getting dumped. We camcordered bombing runs and built open-source software.

America loves its solitary geniuses—its Einsteins, its Edisons, its Jobses—but those lonely dreamers may have to learn to play with others. Car companies are running open design contests. Reuters is carrying blog postings alongside its regular news feed. Microsoft is working overtime to fend off user-created Linux. We’re looking at an explosion of productivity and innovation, and it’s just getting started, as millions of minds that would otherwise have drowned in obscurity get backhauled into the global intellectual economy.

Who are these people? Seriously, who actually sits down after a long day at work and says, I’m not going to watch Lost tonight. I’m going to turn on my computer and make a movie starring my pet iguana? I’m going to mash up 50 Cent’s vocals with Queen’s instrumentals? I’m going to blog about my state of mind or the state of the nation or the steak-frites at the new bistro down the street? Who has that time and that energy and that passion?

The answer is, you do. And for seizing the reins of the global media, for founding and framing the new digital democracy, for working for nothing and beating the pros at their own game, TIME’s Person of the Year for 2006 is you.

Sure, it’s a mistake to romanticize all this any more than is strictly necessary. Web 2.0 harnesses the stupidity of crowds as well as its wisdom. Some of the comments on YouTube make you weep for the future of humanity just for the spelling alone, never mind the obscenity and the naked hatred.

But that’s what makes all this interesting. Web 2.0 is a massive social experiment, and like any experiment worth trying, it could fail. There’s no road map for how an organism that’s not a bacterium lives and works together on this planet in numbers in excess of 6 billion. But 2006 gave us some ideas. This is an opportunity to build a new kind of international understanding, not politician to politician, great man to great man, but citizen to citizen, person to person. It’s a chance for people to look at a computer screen and really, genuinely wonder who’s out there looking back at them. Go on. Tell us you’re not just a little bit curious. From the Dec. 25, 2006 issue of TIME magazine 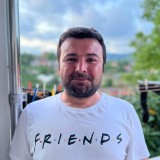